I was only able to watch one anime in the month of January, but I’m so glad to have started the year off with this anime! I wanted a carefree, light-hearted anime to start the year off and that’s exactly what Konohana Kitan was! It’s a very cute, fun anime to watch that is short and will make you smile.

Yuzu, a very energetic and clumsy fox girl from the countryside gets a job at the prestigious Konohanatei, a hot spring inn for special guests. Here, she has to learn the ways of working in a high-class inn under here supervisor Kiri and her fellow fox friends, Satsuki, Ren, Natsume, and Sakura. With the help of her friends, she learns the art of being an inn attendant along with loving the magical world around her.

Konohana Kitan is a very heartwarming story that blends traditional Japanese elements into a cute slice-of-life story. Although there isn’t a major plot line in this anime, it’s definitely a nice break from all the serious action anime, or even heart-breaking romance anime out there.

All the characters are cute and lovable in their own ways and surely there is a favorite for everyone! Each character has their own dreams and desires they want to achieve and you really do see this development in the series. Even the guests have interesting stories and personalities that you end up loving. Yuzu helps heal the broken and wounded hearts of the guests as well as bring together her friends in a way that Konohanatei wouldn’t be the same without each other.

Other features that make this anime so good are the animation and the music. The animation is absolutely gorgeous and does a great job portraying all four seasons, as well as the emotions of the characters. Overall, there was really good attention to detail.

Even the music is stunning, especially the background music composed by Hajime Kikuchi. He did an amazing job bringing in those traditional Japanese sounds and musical elements into his compositions. By paying attention to the music, one really does feel like they’ve been swept into mythical Japan.

I really enjoyed watching this anime and think others should give it a try if they need a good carefree anime to watch! Although it doesn’t have a main story plot, the stories told through the guests will surely warm your heart!

It is currently available on both Crunchyroll and Funimation. The anime is also based on the manga series Konohana Kitan (このはな綺譚) that is an ongoing series being released in Japan and Tokyopop started releasing the manga series in English in June 2018. 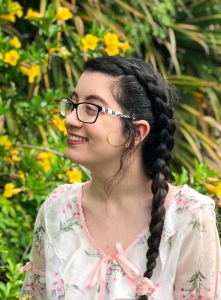 Hello, I’m Brooke! Welcome to my little blog that blends my passion for all things Japan and music! 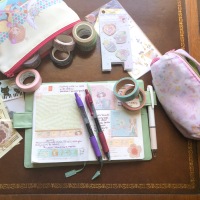